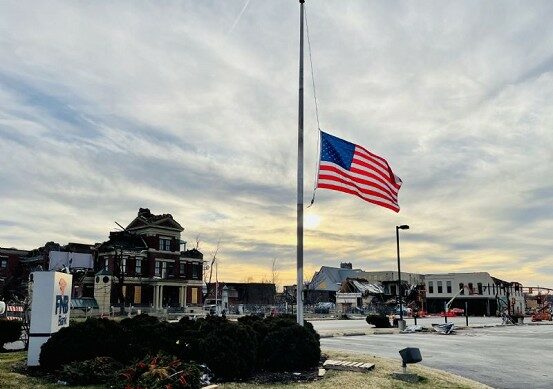 Inquire about the trip

Youth Group Trip - 1 Week - Mayfield, Kentucky. Serve families and a community that has been recently devastated by tornadoes. Engage with the community through family support, kids camps, general clean up, and sorting and resourcing donations. 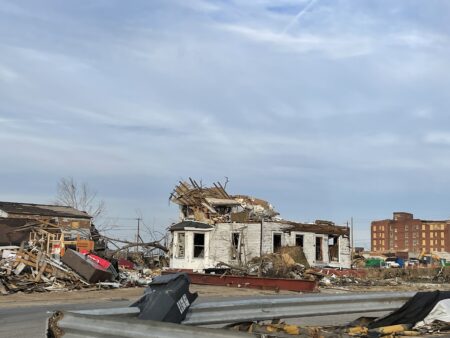 On the night of December 10th, Mayfield residents were awoken by one of the worst tornadoes in US history. The tornado ripped through Kentucky and the surrounding states. Mayfield was hit hardest.

Per The New York Times…

Officials said there were at least 70 deaths in Kentucky, where many had been trapped inside a flattened candle factory, and there were six fatalities in a roof collapse at an Amazon warehouse in Illinois after severe weather ravaged the country on Friday.

Dozens of people were feared dead, and communities across the Midwest and South were digging through rubble on Saturday after a string of unseasonably powerful storms and tornadoes swept across six states overnight.

Gov. Andy Beshear of Kentucky said that at least 70 had been killed, and the state’s death toll could increase to more than 100. The state was hit by four tornadoes, he said, including one that stayed on the ground for more than 200 miles…

“This has been the most devastating tornado event in our state’s history,” Mr. Beshear said at the briefing. “The level of devastation is unlike anything I have ever seen.”

One local authority from Mayfield estimates that 460 families were displaced and 1200 jobs were lost.

As we’ve seen in past disasters, God is writing a different story. This is an opportunity for the church to come alongside and care for those in need. We hope you’ll join us!

Relation of Opportunity to National Church and/or Long-term Goals

You will partner with local churches in Mayfield and the surrounding area to share the hope and love of Jesus in a real and relevant way.

Your group is welcome to drive in or fly in. Chicago is home to a major airport with rental options as well. Parking is available on site.
Training debriefing
Training: A series of phone conversations and mission trip journal with assignments. Orientation upon arrival. Debriefing: Debriefing occurs on a daily basis as well as one debrief at the end of the trip. Each group leader will also be debriefed over the phone during the weeks after they get home.

You want to follow Jesus’s example in the way He cared for the lost and the hurting. You want to take up Jesus’s commission to make disciples of all nations (Matthew 28) and be His witness to the ends of the earth (Acts 1).

Adventures in Missions is an interdenominational missions organization that focuses on discipleship. We emphasize prayer and relationships in our work around the world. We seek to disciple as Jesus did; our vision is that God would use us to raise up a generation of radically committed disciples of Jesus Christ.

Since we were established in 1989, we have taken over 115,000 people into the mission field, some for as short as a week and others for as long as a year or longer. We minister year-round through our ministry bases and strategic ministry partnerships. We believe that by giving people the opportunity to step outside their comfort zones and join what God is doing in other cultures and nations, lives are transformed.