Soon after graduating from college I was on my way to the ends of the earth on an expensive, five-month mission to a remote corner of Asia. This exciting venture went far in launching me into years of fruitful ministry. As I raised support for it, though, a friend inquired how much of my own money I was putting into the trip. Struck by his words, I decided then and there to use whatever I had in my slender means for expenses like immunizations, supplies, my passport application, and airfare to and from the training and debriefing site.

When the whole trip was over, though, I had second thoughts about my noble choice. I was practically broke and behind schedule on finding that post-college job. Should I have raised more support? Or maybe delayed the whole project until I could pay even more of my own way? Which path is more responsible? More trusting in God? More likely to give him glory? As you may suspect, I found no easy or universal answer to these questions.

On the one hand, earning money through our own labors and giving sacrificially from what we have can demonstrate our sincerity, steward the resources we’ve been given, and keep us from being unnecessarily dependent on funds which may be given to those who really need them. 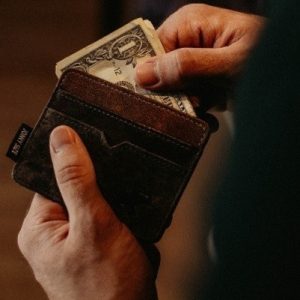 Raising support, though, may do more to build our faith, strengthen our bonds with those who give, and offer donors who cannot go a chance to be part of the team and what God will do through it. It may teach us dependence on God as the ultimate provider, confirm our sense that he is leading the mission, and give us valuable practice in confronting the fears and sense of independence that could keep us from pursing this kind of ministry long-term.

In my case, I found raising support for my trip to Central Asia was extremely valuable in laying the foundation of a support team for long-term ministry. Later, when it came to raising monthly support, I had a mailing list ready to go. More people knew what I was doing and why because I’d already asked them to be part of a mission trip or two.

But giving from my own resources had benefits too. It likewise grew my faith, taught me to live simply, and made me trust God to provide a job on my return. Since I was also giving to support the ministry, I couldn’t fall into the trap of thinking some people are goers and others are givers. I, too, was learning the joy of giving sacrificially.

Should You Do Both?

Many short-term mission teams, especially youth groups, develop fundraising strategies that combine asking and earning: participants work hard and are paid for their labors by donations from generous donors whom they serve through product sales, service projects, and more. And some mission team members do what I did, covering some expenses on their own and raising support to meet the rest of the need. Or, as may be the case, raising support and pitching in if all the funds don’t come in. Both the earning and the asking can solidify our commitment to making the most of a mission trip. Each can motivate us to be both frugal and faithful as we go.

Raising support and paying your own way are both biblical, and both are reflected in the New Testament, even in the life of the Apostle Paul. In some situations Paul worked with his hands to support his ministry and avoid putting up obstacles to his message. But on other occasions he seems to have laid his tools aside in favor of full-time preaching and teaching, supported by others. He also commended and encouraged giving to support those going out to preach the gospel, as well as generous hospitality in receiving missionaries when they passed through.

Like any other kind of ministry, mission trips seem to work best when we approach them with a healthy sense of dependence on God and others. We’re designed to be part of a body. The eye cannot say to the hand, “I don’t need you!” And the head cannot say to the feet, “I don’t need you!” (1 Corinthians 12:21). Whether you raise support, pay your own way, or some combination of the two, don’t neglect the opportunity to raise prayer support.

Some ministries that send out short-term missionaries challenge or require each person to build a team of prayer supporters who will lift them up regularly before, during, and after the trip. Merely making a broad appeal for prayer is of some value, but consider asking for more specific and concrete involvement. Could you sign up 10-12 partners who commit in writing to pray for you every day? This is a great idea, a blessing both to those who go and those who send.

Check out these articles for more insights on the principles and practices of raising support:

Web services to help you with funding that some people use: 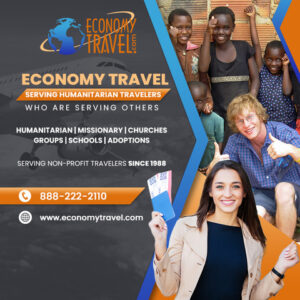